The ANCHOR ALCHEMY yeast blends increase aroma and flavor intensity and complexity, more than individual yeast fermentations, whilst also improving fermentation reliability.  This exciting and innovative concept will give winemakers ever-increasing options in their quest to develop novel aromatic and fruity wines.

ANCHOR YEAST is the first wine yeast company in the world to commercialize yeast blends which are based on the synergistic effect between individual yeasts in specific ratios, rather than on the cumulative effect.

Wine aroma is one the most important contributing factors to wine quality and perceived value. Some of the strongest aromatic compounds in wine are the volatile thiols, which are released by yeast during fermentation. These compounds are responsible for the passion fruit, box tree, guava and grapefruit aromas in Sauvignon blanc.

Researchers at the Australian Wine Research Institute (AWRI) have shown that yeasts can convert non-aromatic precursors in grape juice, via enzymatic activity, to aromatic compounds in the final wine. Different yeast strains release and convert different quantities of aromatic compounds.

These yeast metabolic activities dramatically affect the aroma of the wine. To maximize wine aroma, a combination of yeast strains, some good at releasing aromatic compounds and others good at converting them, would be optimal. 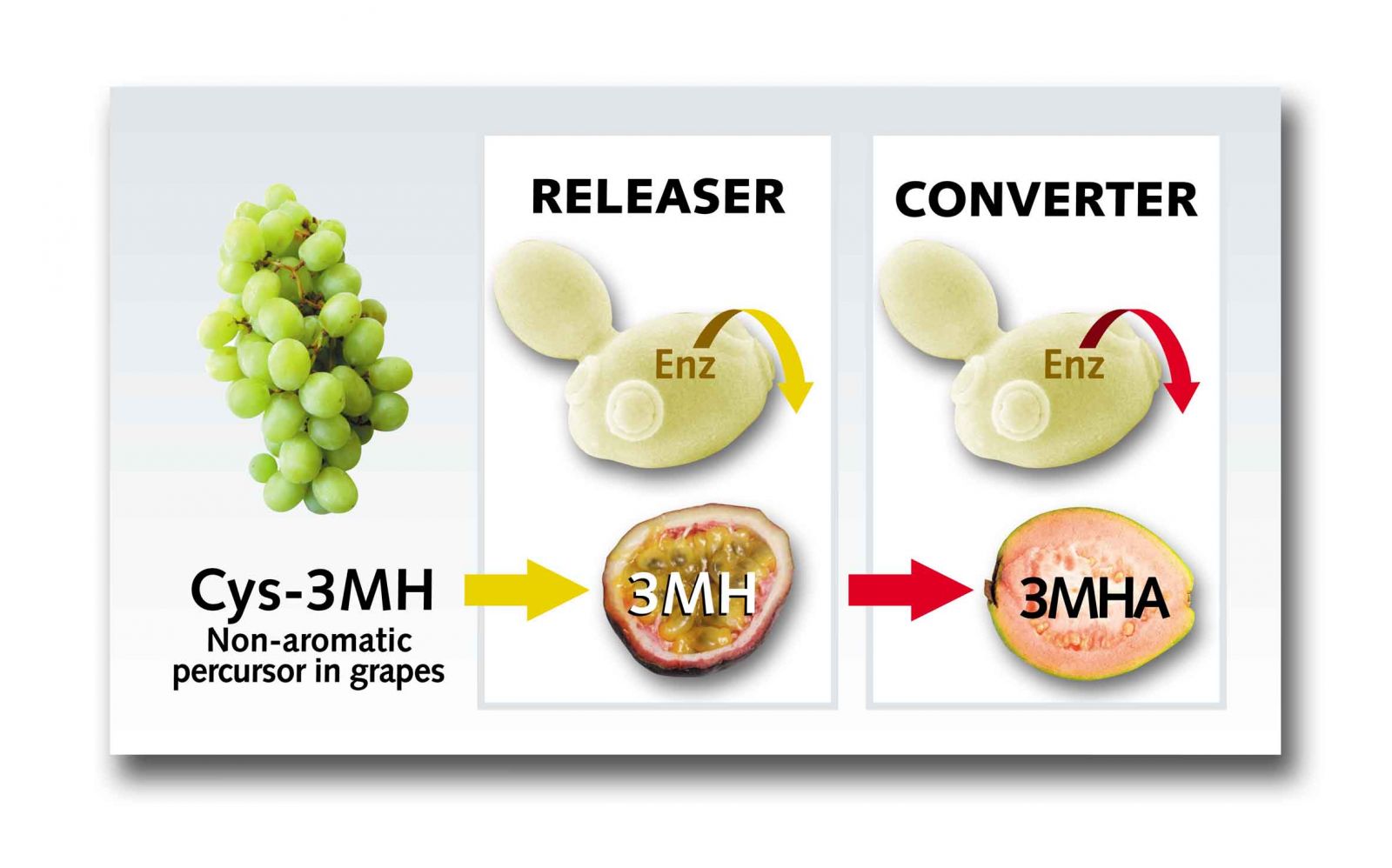 Research at the AWRI in 2006 has demonstrated that the simultaneous inoculation of grape must with two or more specific commercial yeasts leads to very different chemical and sensorial characteristics of the wine than if two wines, made separately with the different yeasts in the blend, are later blended. A more complex mix of volatile thiols, higher alcohols and were produced as a result of the co-inoculation of Sauvignon blanc must with more than one commercial yeast strain. The AWRI has done extensive trials during 2007 on the phenomenon of co-inoculation and its positive impact on wine aroma.

Based on this research, ANCHOR YEAST has developed, in collaboration with the AWRI, two yeast blends for the production of aromatic white wines.  These blends are commercialized under the ANCHOR ALCHEMY brand name. They consist of a blend of wine yeasts in scientifically formulated ratios. 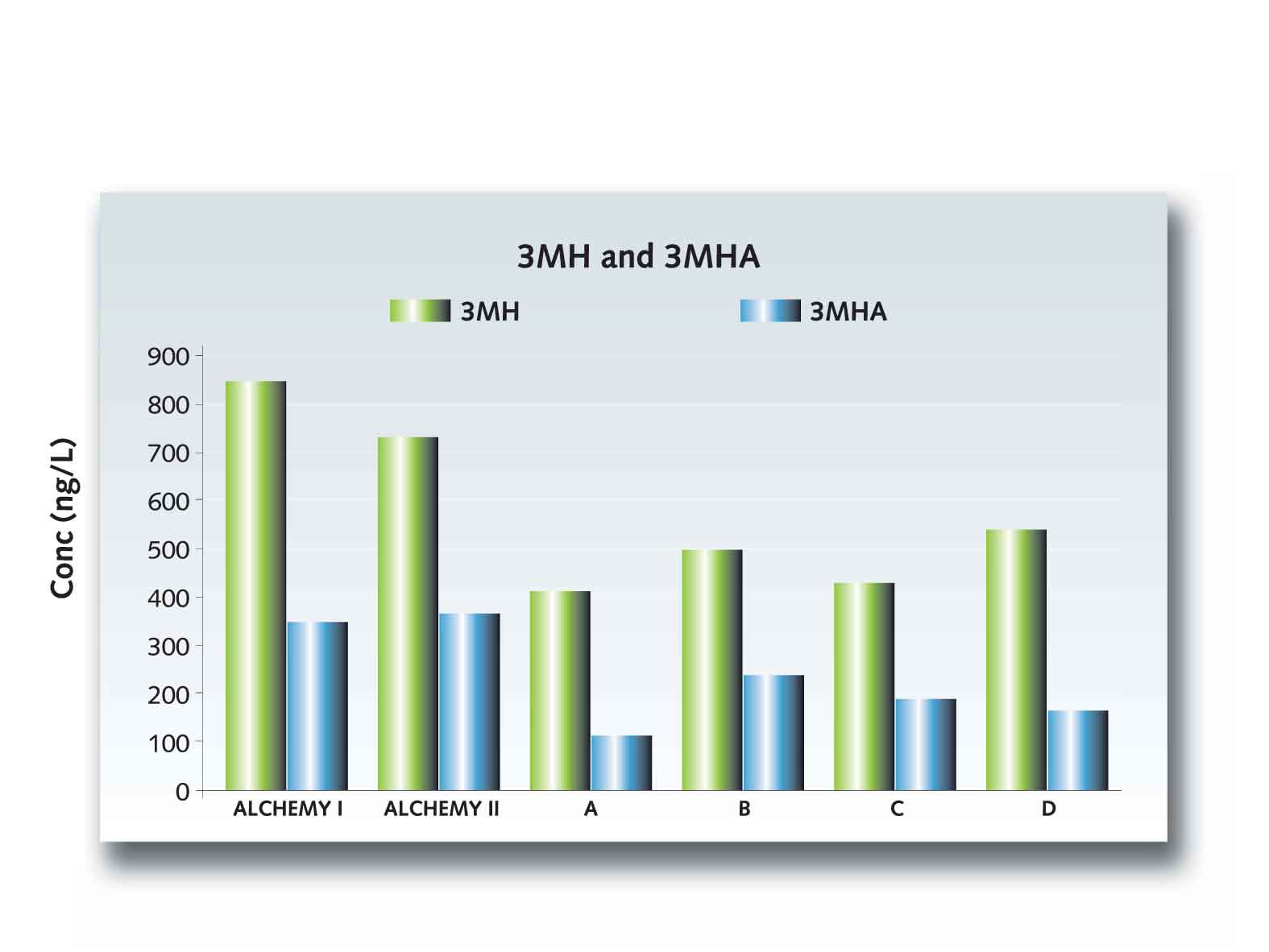 The blends contain both killer positive and killer negative strains. Mother tanking (propagation) of these blends will distort the ratio of the strains and the desired effect will not be obtained.

This product must be rehydrated and direct inoculated at the recommended dosage only.

Use whole packets at a time. Fermentations are rapid and complete and recommended for stainless steel, temperature-controlled tanks only. Fermentation in barrels is not advised.